Toronto Real Estate: How did Danforth Avenue get its name?

Danforth Avenue — A ninety-one-block-long road, named after Asa Danforth who had nothing to do with the Danforth, but built part of Kingston Road. Described in the nineteenth century as a “dusty country road through market gardens and brickworks,” or “a muddy road,” depending on the weather, the Danforth was built by the Don and Danforth Plank Road Co. in 1851. In 1907, the City Directory listed only twenty house numbers between Broadview and Greenwood on the Danforth; four of those were market gardens. It was not until 1912 that the street was paved to Greenwood Avenue. In 1921, the Danforth was described as “one of the best shopping districts in the city.” One real estate agency sold $40,000 in home sites that year. In 1927, one of the first of six Toronto liquor stores was at 170 Danforth. 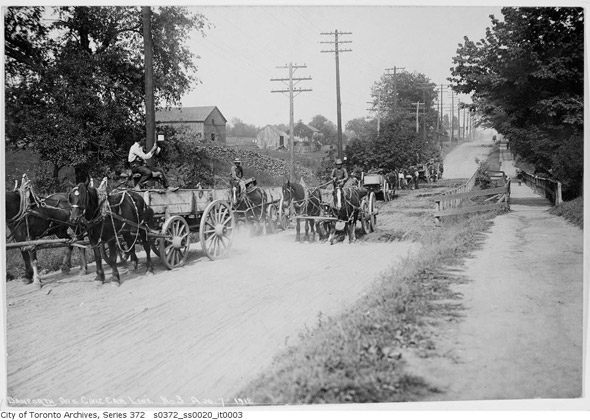 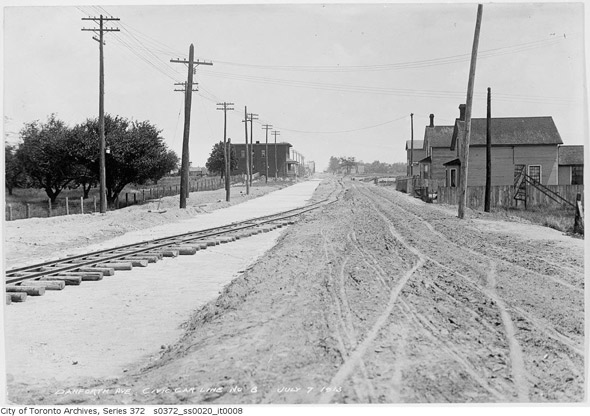 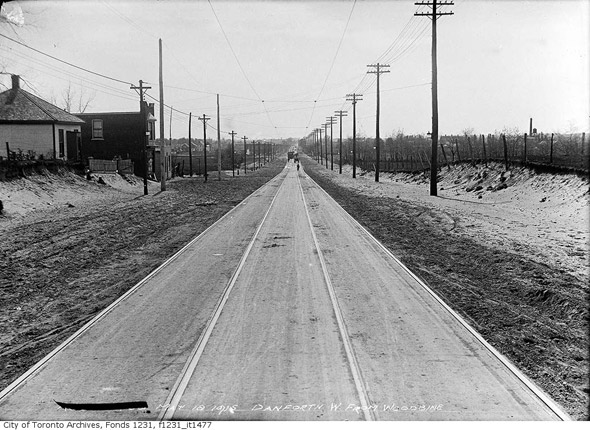 Toronto Real Estate: How did Danforth Avenue get its name?