Then and Now: Gerrard Street E West of Greenwood 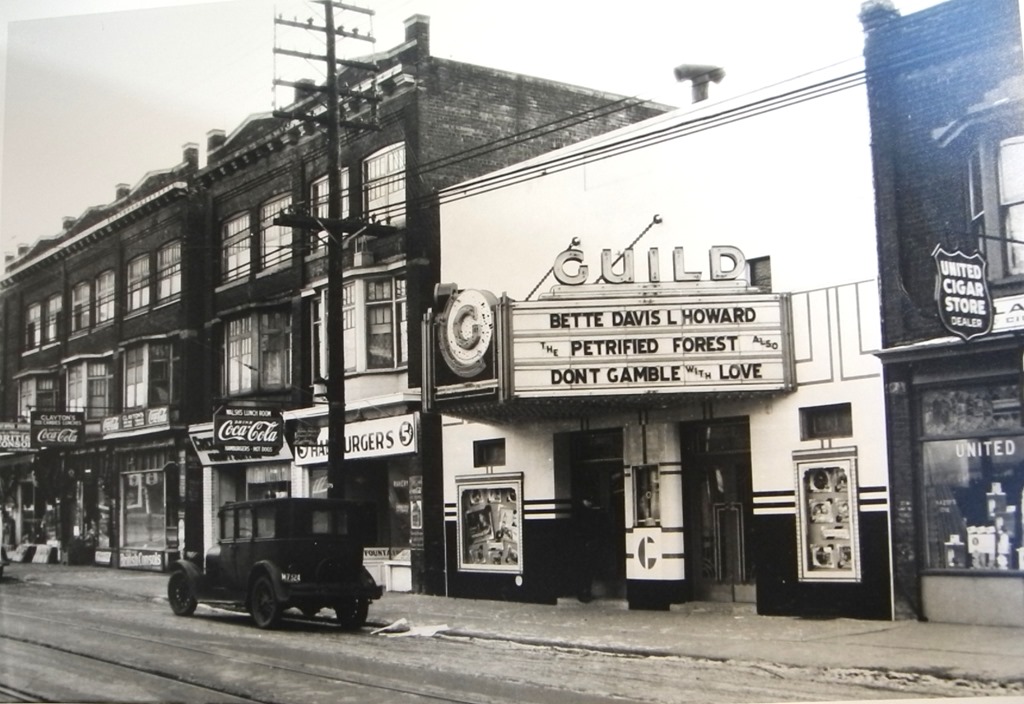 It seems for the better part of the 20th Century Gerrard Street west of Greenwood Avenue was quite the happening block! 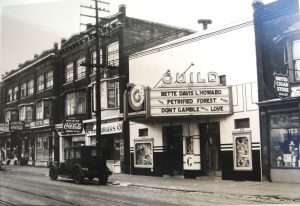 This photo gives us a great glimpse into 1936. The Guild and formerly Greenwood Theatre had already been there for 22 years at this point (now the LDT Window Factory at 1275 Gerrard Street East). Legendary Clayton Candy Shop (Which stayed here for half a century and is now the closed down hardware store) is here, Cigar shops, grocers, bakery and a Hamburger joint! This is a much sleepier section of the street today. 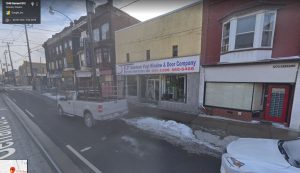 I must say, It must have been a fun Saturday afternoon grabbing some 5 Cent hamburgers and then going to see classics like Casablanca or a Hitchcock film.

Here is an interior shot from the theatre: 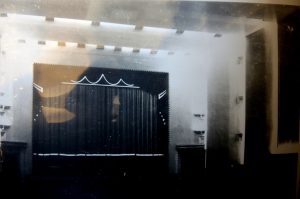 Here are a few more shots of the Guild Theatre through the years (1952 and 1953 judging by film release dates). 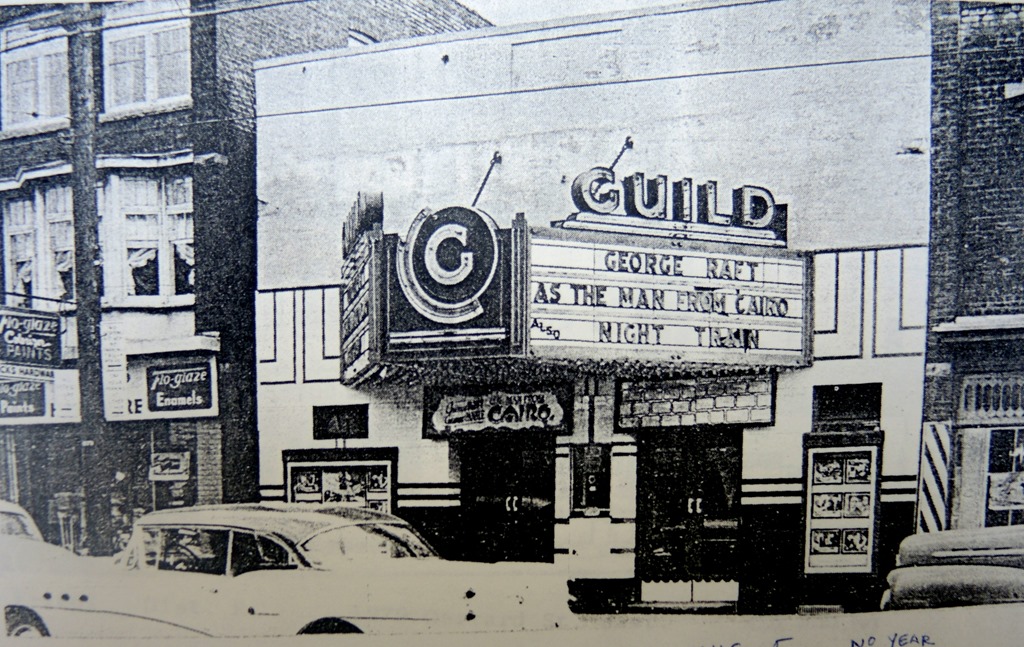 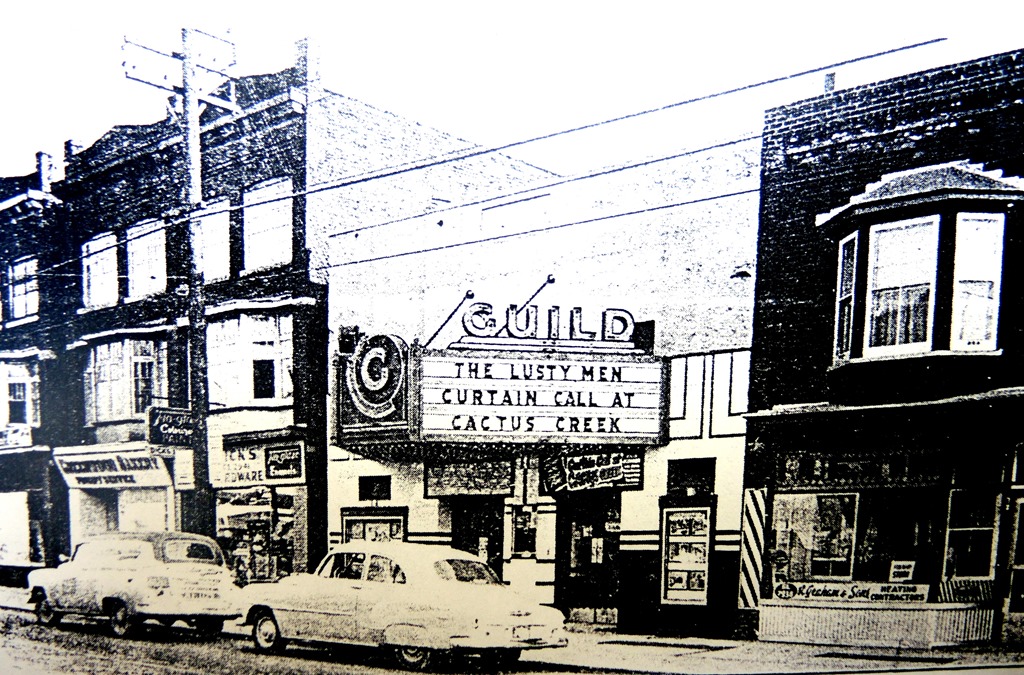 In the 1970’s the theatre closed down and it became a appliance store. 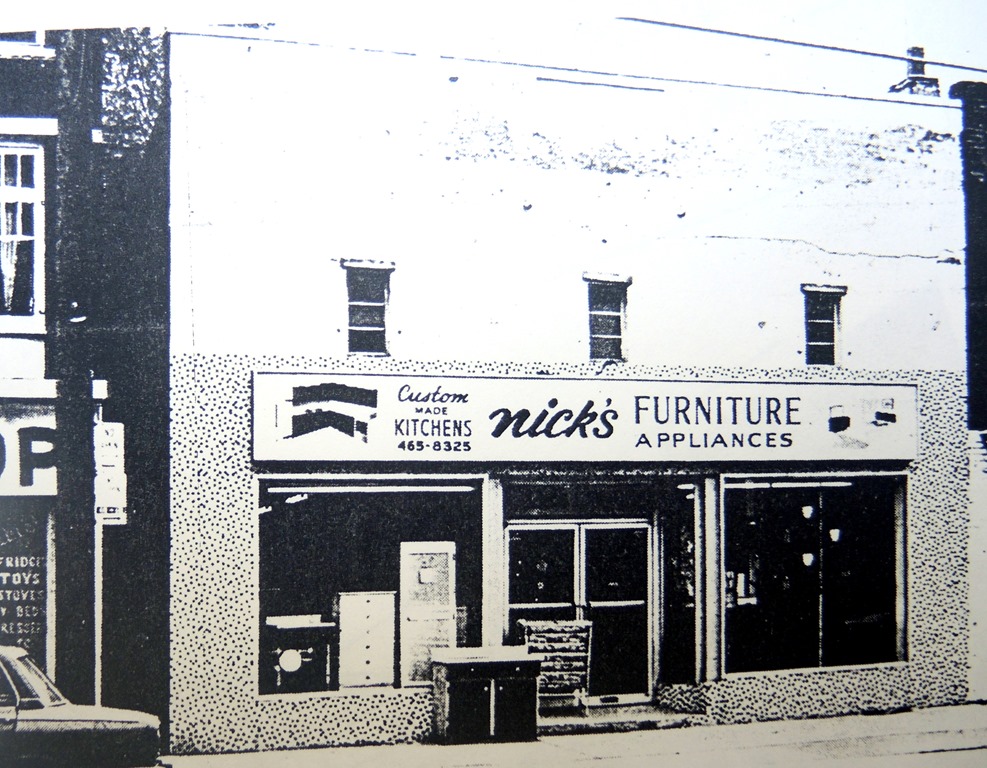 Thanks for reading! All the best!

Thanks to the follow site for the photos: https://tayloronhistory.com/2014/02/15/torontos-old-movie-theatresthe-greenwood-guild/

Then and Now: Gerrard Street E West of Greenwood